The textual material covers several career milestones, including correspondence from Canadian universities in 1940 and subsequent job applications and offers; biographical material including oral history interviews; material relating to Luther College; articles by Taube and others explain 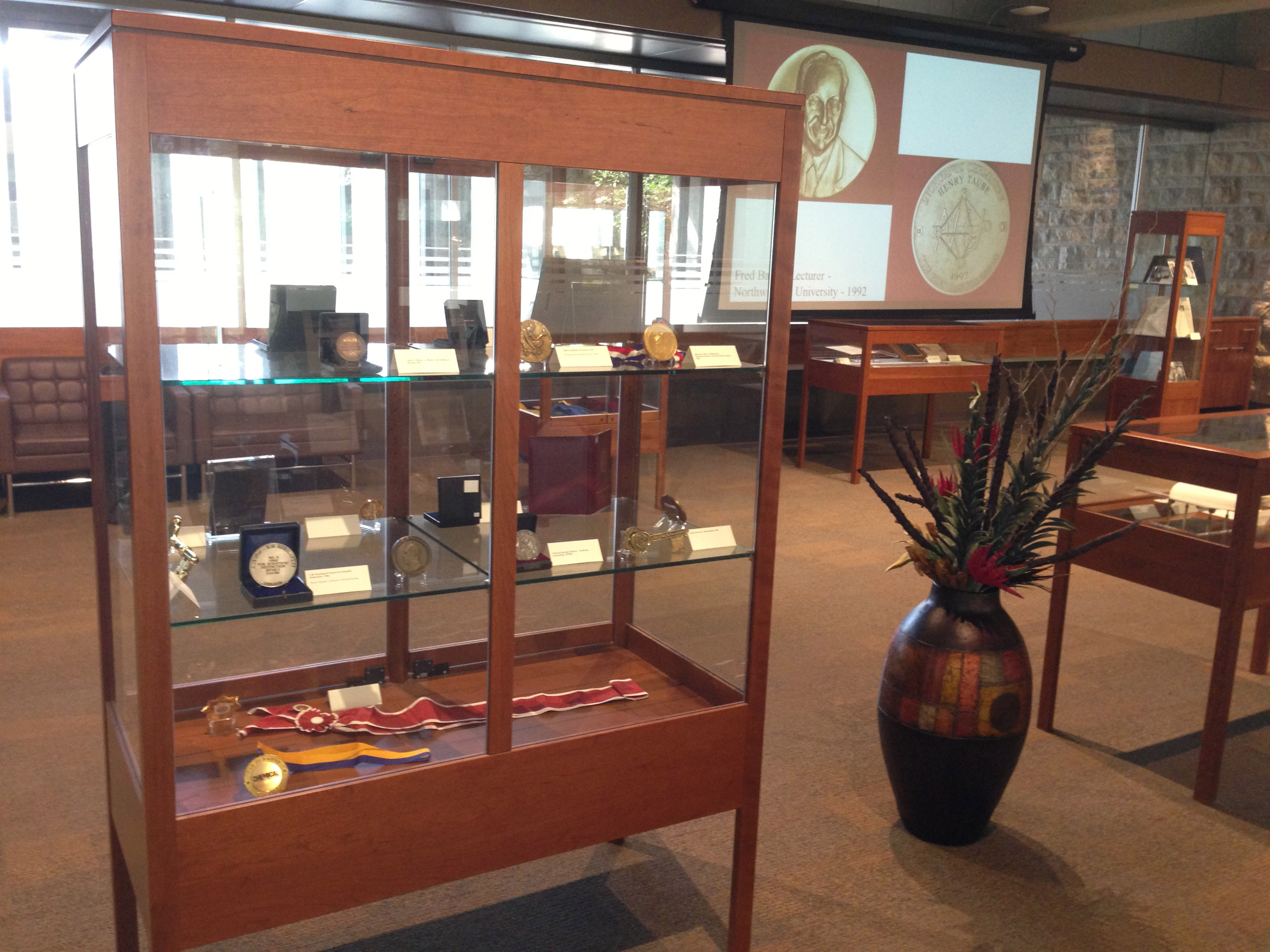 Photographs include documentation of the Nobel Prize ceremony, including the presentation by King Carl Gustaf; other award ceremonies; international trips including to Japan, China and Taiwan as a visiting lecturer; informal photos from various years; formal portraits and head shots; giving lectures and with students; colleagues from Stanford including fellow Nobel laureates; and more.

In conjunction with the Department of Chemistry's centennial celebrations, there will be a special event honouring the life and legacy of Henry Taube on Friday, September 20, 2013. The Nobel Medal will be on display all afternoon; please join us for a short program at 3 p.m. in the Link Gallery.