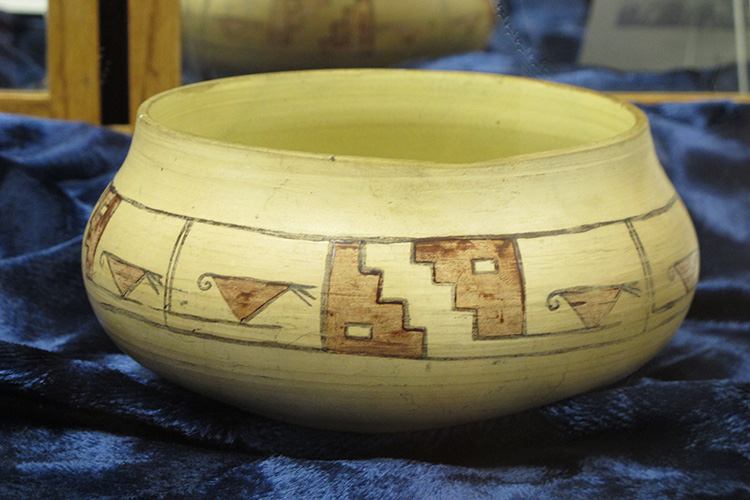 The impetus to create a ceramics department had come from the provincial government, anxious to establish clay deposits as a valuable natural resource, particularly through the brick industry.  The department conducted tests on clay samples received from government agencies and the public; soon extending the service across the prairie provinces.

Part of this work included producing pottery pieces as a means of testing both clay and glazes.  Pieces “of a kind and quality not otherwise procurable in Canada” were made to order for organizations such as the National Research Council, and used by the chemistry and physics departments on campus. But some of the pieces were also made purely as advertisements for “the high qualities” of the province’s clay.  In 1938 alone “thousands” of such items were made and distributed by the department.  Nevertheless, few students decided to enter the field, and the University finally decided to discontinue the program.  The last students graduated from the department in 1953.

The University Archives & Special Collections would like to thank professor emeritus Duff Spafford, whose research into the department – including hunting through flea markets and antique stores for examples of the Ceramics Department pottery – brought this previously neglected history to light.  For more on the department, see “University of Saskatchewan Pottery” in Saskatchewan History Review, no. 21, 2007.  All quotations and information in this exhibit are from that article.

More information and selected images are available at the University of Saskatchewan Pottery Collection website.