The alphabetized dictionary as English-speakers know it has been around since the early 1600s, although it wasn't until Samuel Johnson published his A Dictionary of the English Language in 1755 that a truly reliable version was thought to have entered the field. These texts, sometimes quite massive aggregations of words, have taken on many forms over the centuries. Not only may dictionaries be used to give essential information about terms in any one language, they may also be produced in order to show the translations of terms between many different languages. Not only do dictionaries translate terms between languages, they can also translate meanings between subcultures of speakers of the same language.

In recent decades, however, the dictionary in its hard-copy form has come to be seen as something cumbersome and unnecessary. This small exhibit of four cases split between the Ground and Third Floors of the Murray Library aims to give some well-deserved attention back to the dictionary in all of its forms. From an original 1755 edition of Johnson's dictionary, to the lighthearted When Drag is Not a Car Race: an irreverent dictionary of over 400 gay and lesbian words and phrases a broad selection of dictionaries in a multitude of languages (English, French, German, Cree, Blackfoot, Ukrainian, Navajo to name a few) are on display.

Visitors are invited to consider these texts for all of what they are and have been. The hard-copy dictionary is not obsolete--rather, it can be seen to capture something of the zeitgeist of the culture and period in which it was created, as well as reflecting upon the creators themselves. In this sense, a dictionary is more than just a text of utility--it is history, printed on thin paper and sturdily bound. 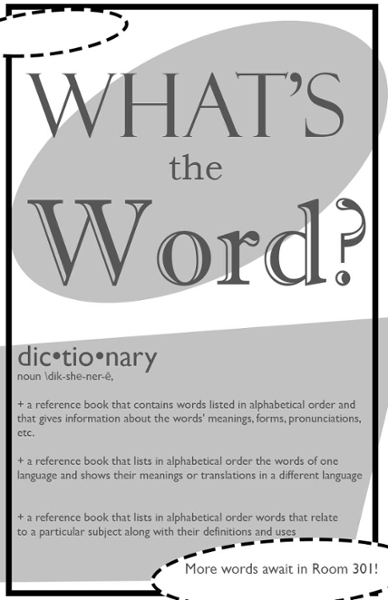 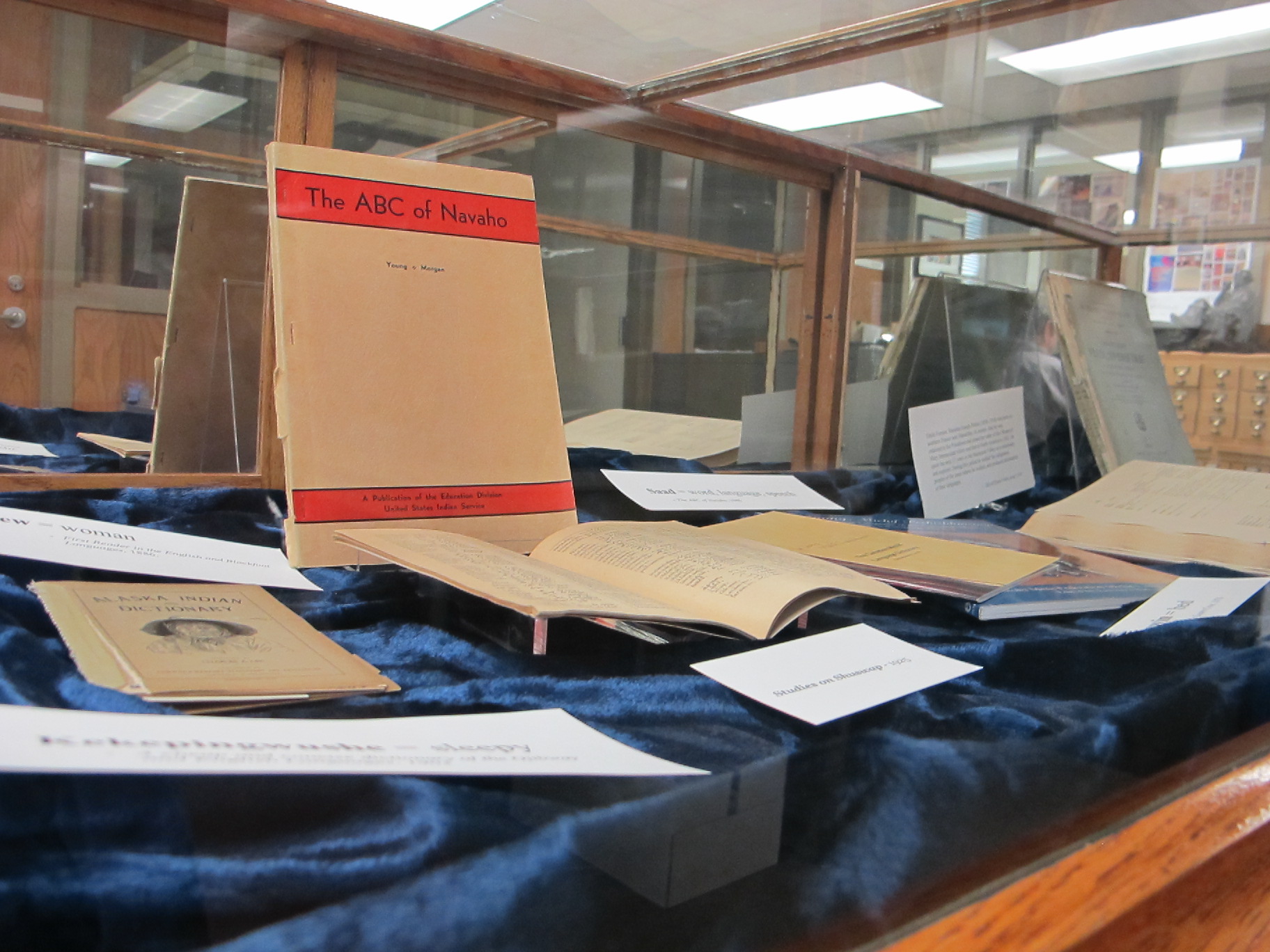