Our most recent exhibition features an array of items that once represented the future of audiovisual, computer, and educational technologies. Some of these obsolete items will be familiar to most viewers, while others may be entirely foreign. The University Archives and Special Collections would like to invite you to come test your knowledge of the futuristic technologies of times past. Learn about the first computers on campus and experience the excitement of the early days of computing in Room 301 of the Murray Library. On the ground floor, see the evolution of the lecture slide and take a walk down memory lane with an assortment of audiovisual media spanning decades 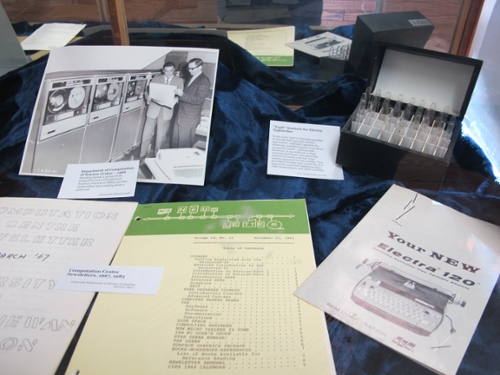 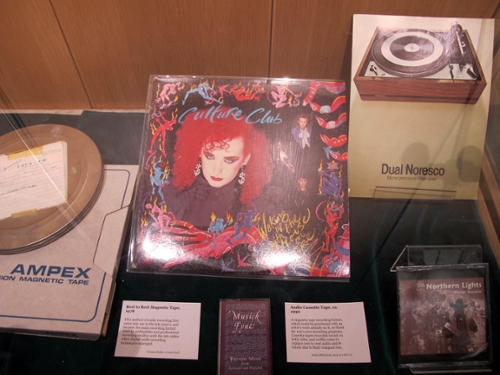