As a part of the University's ongoing commemoration of the Great War, in conjuction with the Great War Committee, the Link gallery is featuring items from the University Archives and Special Collections.  Included in the exhibition from UASC are plaques commemorating a fallen U of S soldier, sheet music, photographs, newspapers, and diaries. 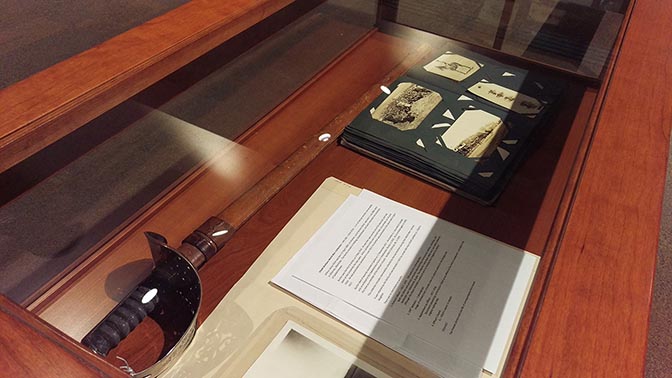 A 14 minute slide show with materials pulled from UASC and the Great War site will be playing on the big screen in the Link. Displayed from the University Art Collection is a selection of lithographs by Frank Brangwyn, c.1917 which were aquired by the University in 1931. These can be found hanging in the hallway across from the Dean's Office just through the Link. There are also three etchings by Marcel Augis on loan from the private collection of Dr. R.M. Rogers. On the ground floor of the library 349 poppies are displayed representing each University staff, student, and faculty member who served in World War I. 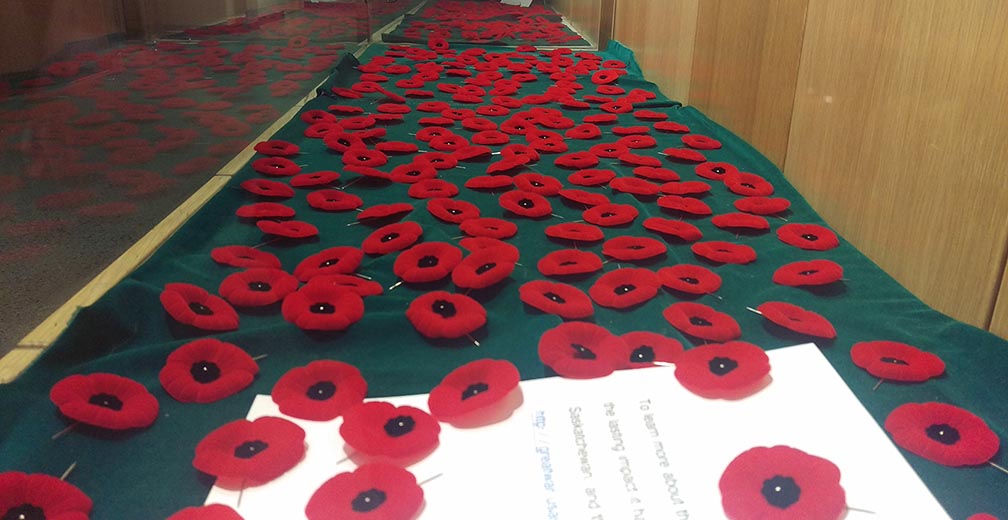 Make sure to check out our wonderful trench map reproduction, then go to our Facebook page, and like our Great War Exhibition post to be entered in a draw to win the reproduction. (To be drawn at the close of the exhibition.)

About the Great War: The Great War, also known as World War I, was the first truly global conflict in which nations from all across the world participated. It spanned 4 years and by the end there were roughly 38 million casualties.

The University saw a great number of its staff and students enlist. The 196th Battalion was made up of  soldiers from the Western Universities and was raised by Reginald Bateman, the University of Saskatchewan's first English professor.

During the Fall of 1915 the Germans and the Allies were in a stalemate on the Western Front. Meanwhile in the Balkans, Serbaia suffered a series of defeats against Bulgaria, and the Serbian Army retreated.

Letter from Nurse Brock to her fiancee, dated November 13th 2015.