This exhibit featured artworks by Hurley, as well as his photography, published works in which his art was published, and other items from the collection. 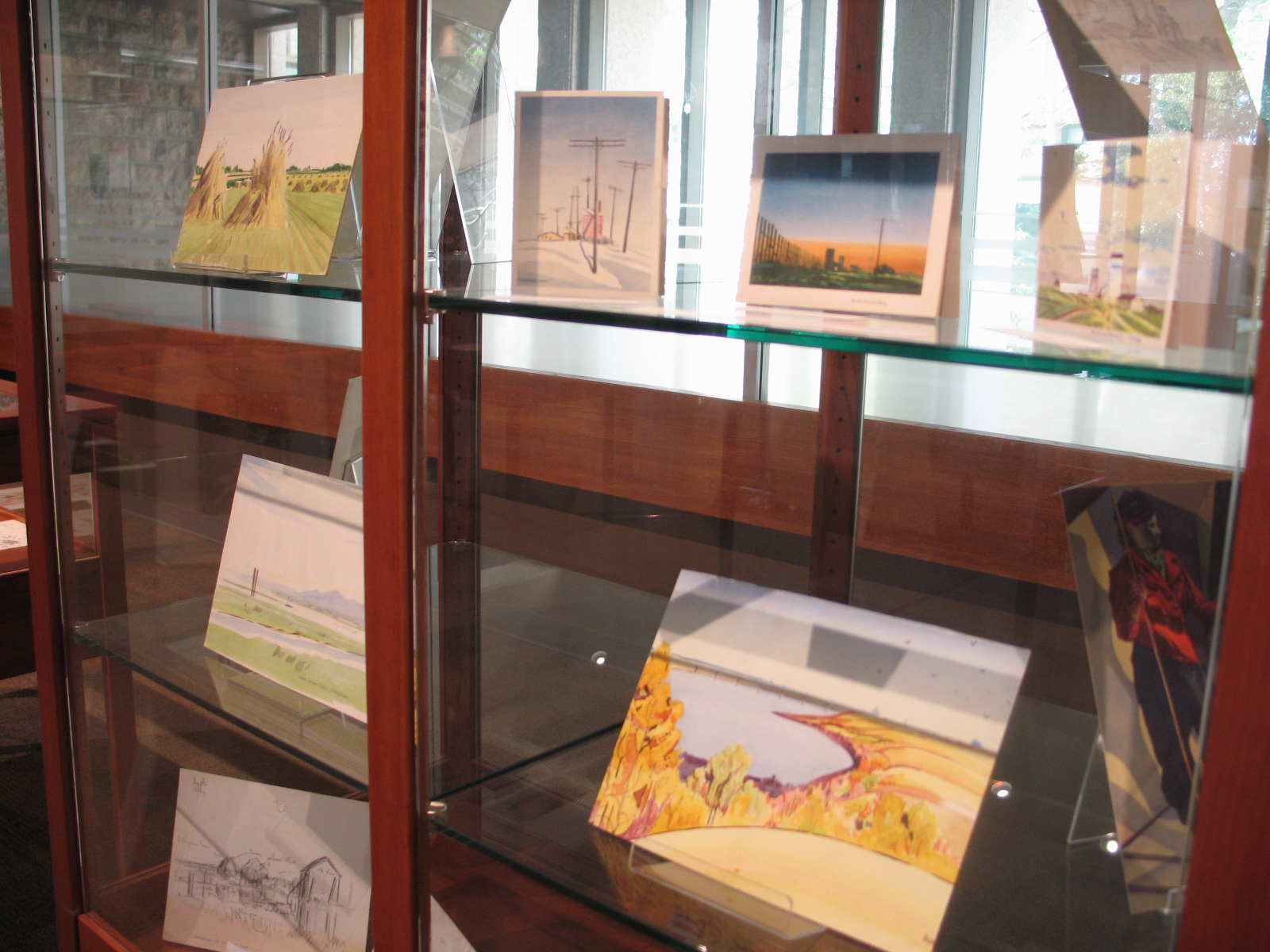 Displayed here are examples of finished works as well as some detailed sketches, to give an idea of the process. Included were some landscape water colours, for which he is most famous, but also a water colour image of a skier, a portrait of Ernest Linder, and some cards from the Saskatoon Art Centre. 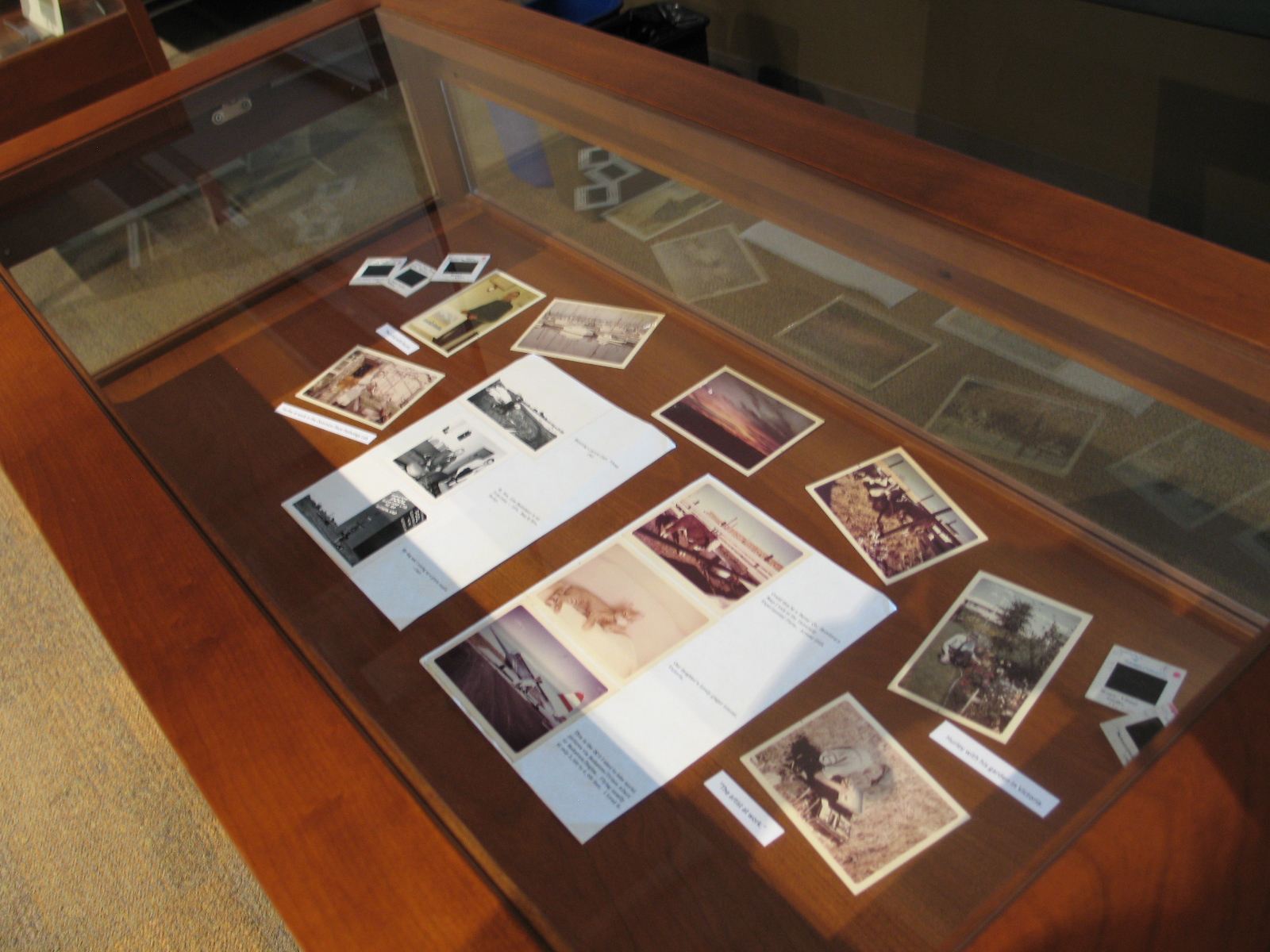 In his later years Hurley became an avid photographer, taking photos of his family, as well as of landscapes that caught his eye so that he could return to his studio to paint them. He also became fascinated with aerial photography and donated a large collection of such slides to the University Archives and Special Collections. 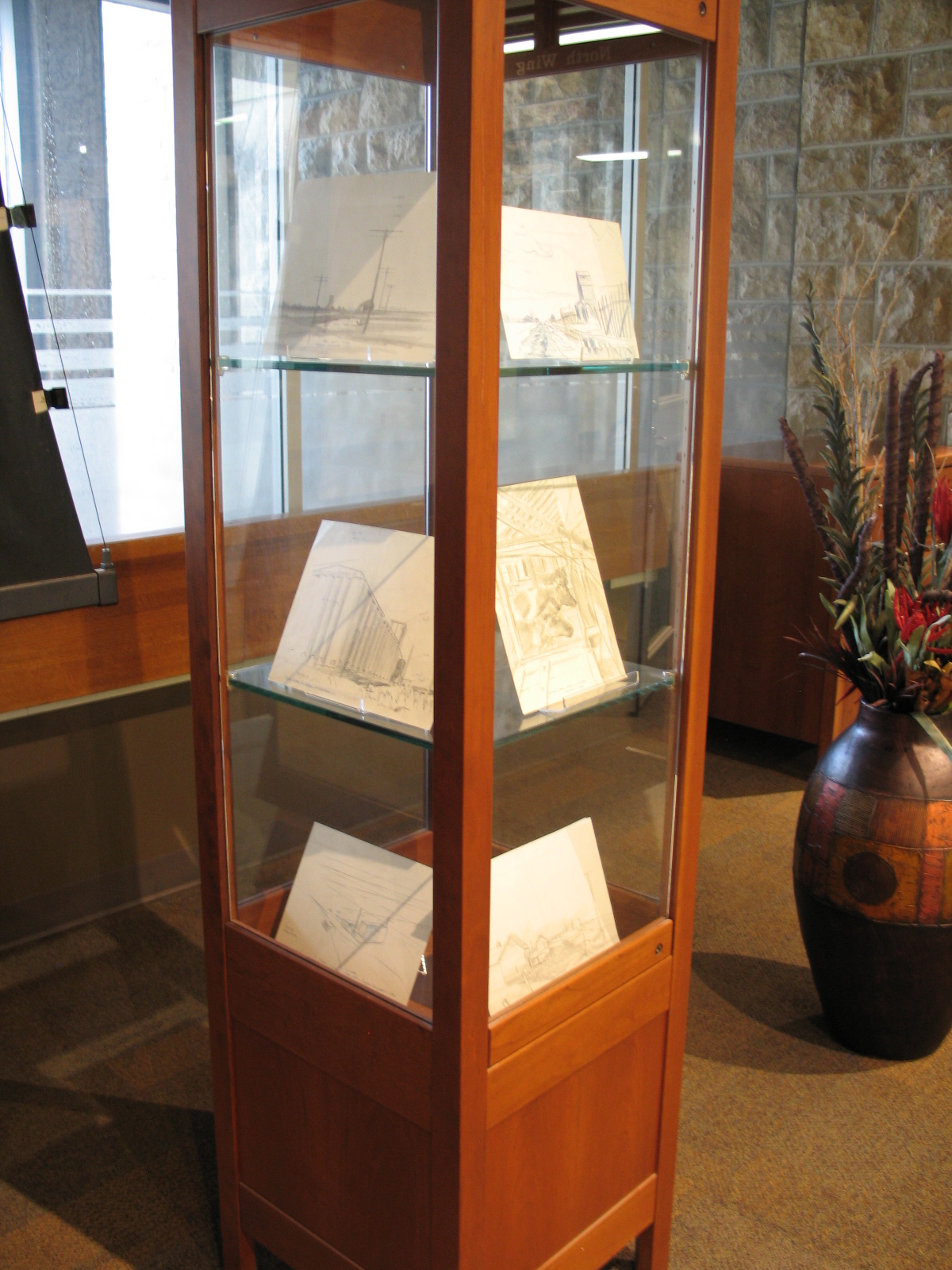 Hurley did rough draft sketches of many of his landscapes, and would often include notations as to what colours to use when he went to render it in water colour. Seen here is are a variety of rough draft sketches, including one for the Queen Elizabeth Power Plant, a painting which was later presented to the Queen herself. 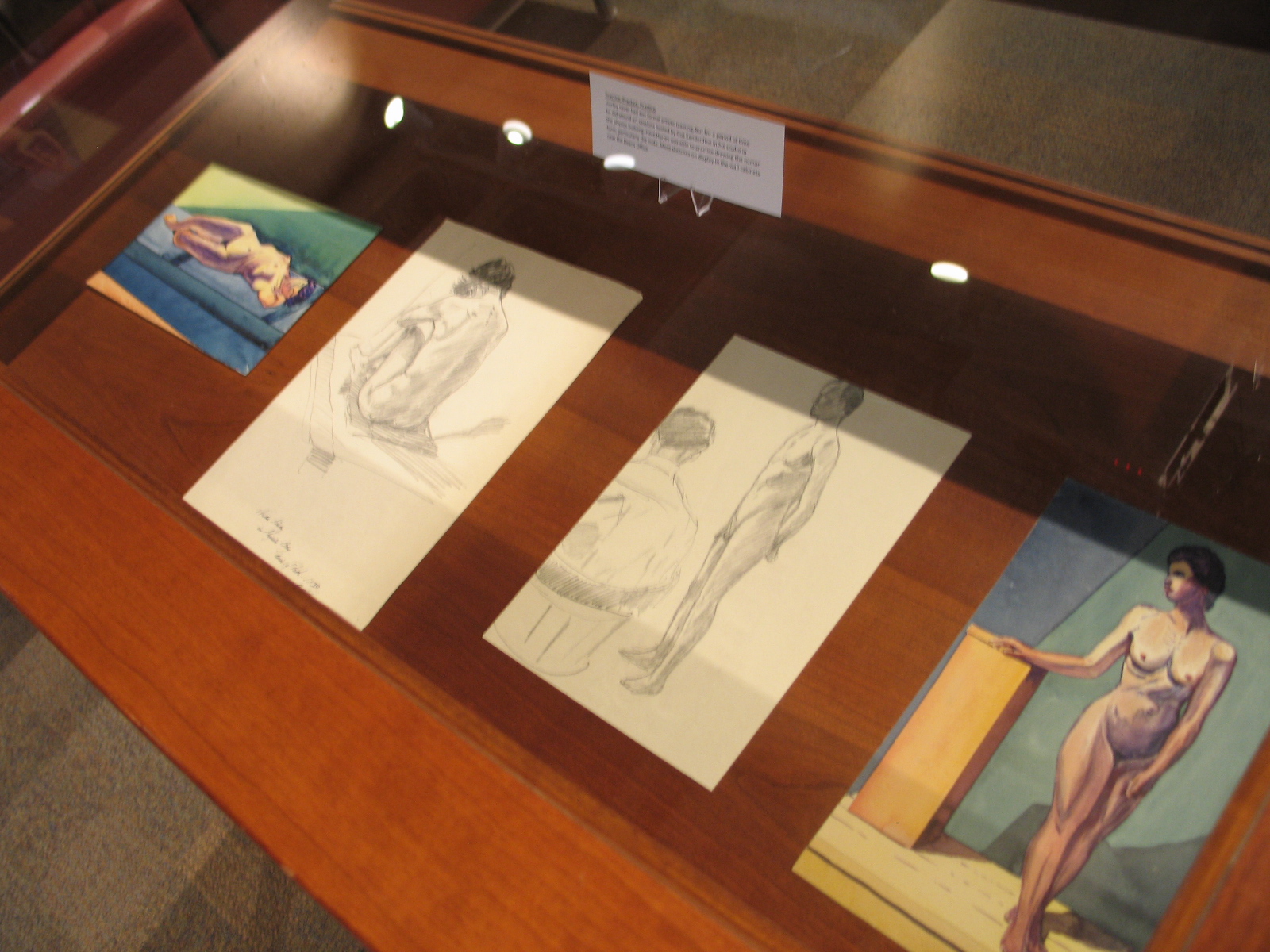 Although Hurley had no formal artistic training he did attend art sessions in the Physics building that were held by Gus Kenderdine, a prominent Saskatchewan artist. Here Hurley was able to practice figure drawing with nude models, as well as perfect his craft in other ways. 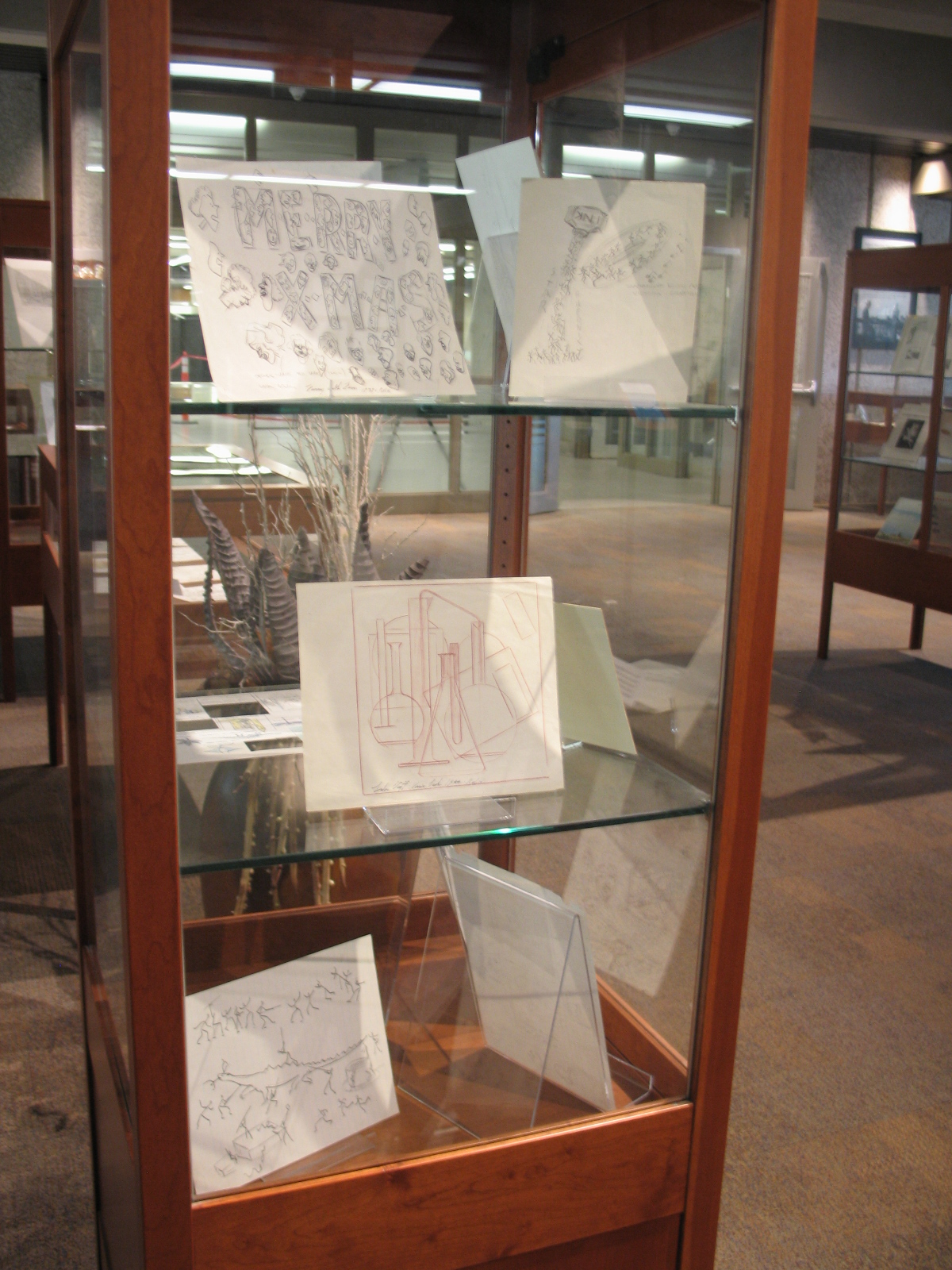 Hurley applied his artist talents not only to landscapes, but to design. He designed christmas cards for use in his family, as well as covers for publications like the Greystone, Sheaf, and others. 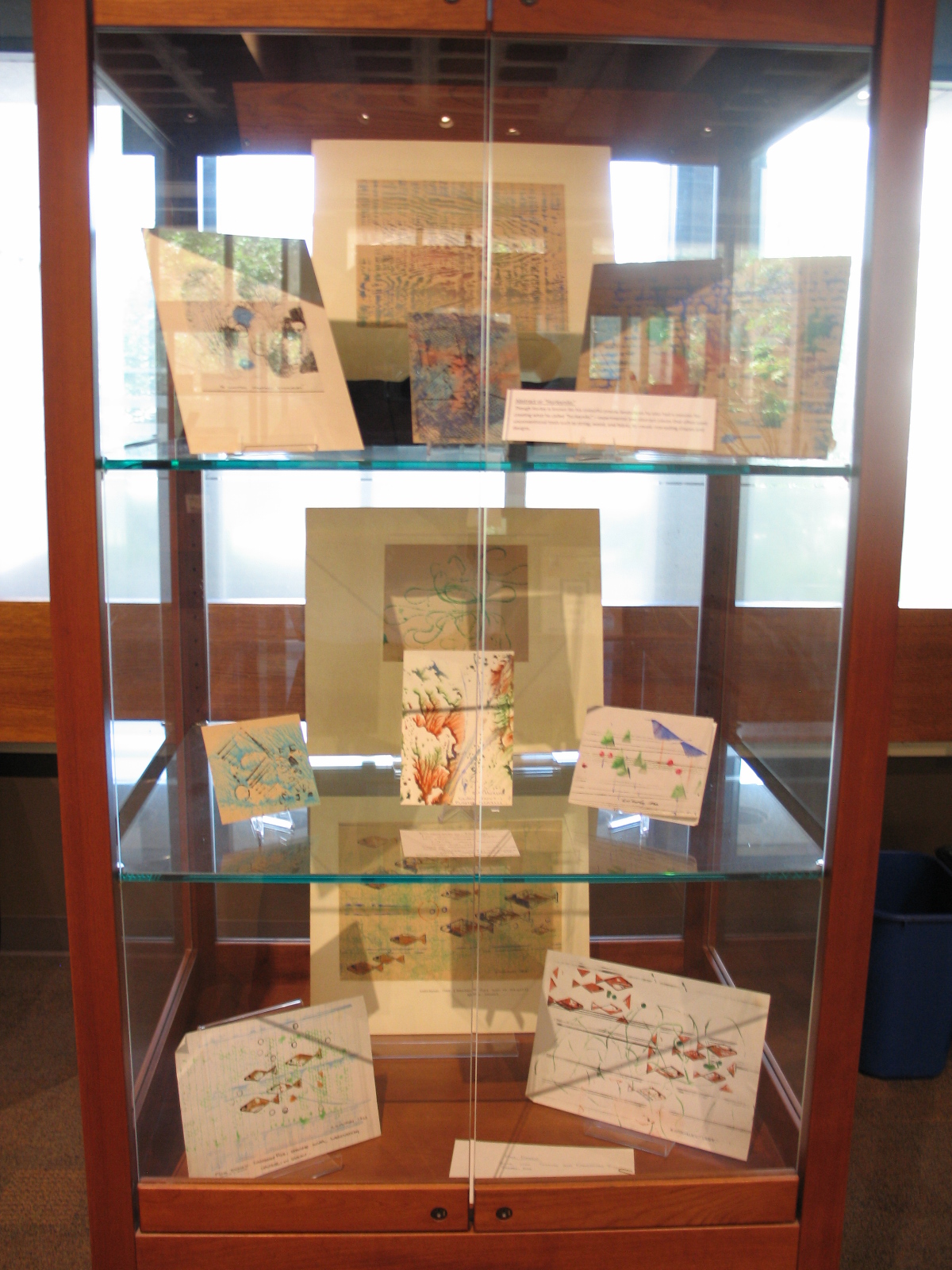 Abstract art was a passion of Hurley's, though it was lesser known than his signature landscapes. He loved experimenting with textures, colours, and use of unconventional materials like cardboard, string, wood, gauze, and leafs to make shapes and patterns.