A topic such as “Elections, Parties, and Leaders” covers a great deal of ground.  What this display presents is a sample of the resources available from the University Library, the University Archives and Special Collections, and the Diefenbaker Archives. 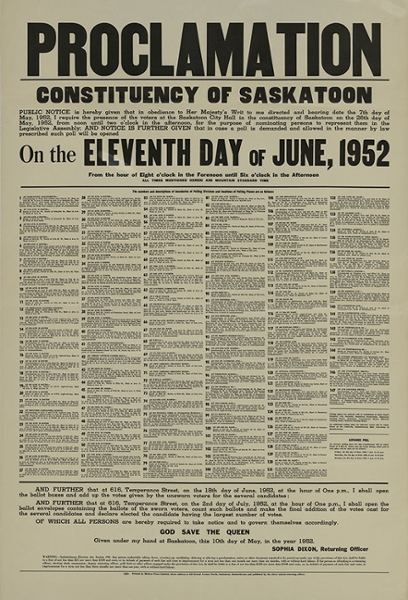 The display covers a range of topics relating to institutions central to a liberal, democratic state.  Principal among these are periodic, open, competitive elections, electoral reform, leadership conventions, the administration of elections (Elections Canada), the expansion of the franchise, and electoral boundary readjustments.

It presents the collections’ material as well material on Indigenous Peoples and the electoral system, the blatantly partisan electoral statutes of the First World War, and the replacement of Canada’s two-party system (1867-1917) with a party system with three, four, or more parties competing for office. 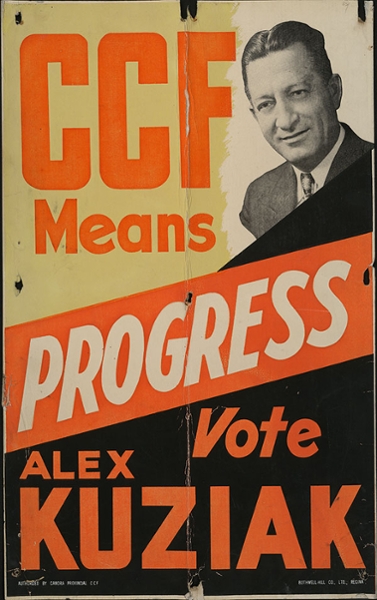 The city of Prince Albert gets special attention as the only federal constituency to have elected three prime ministers: Sir Wilfrid Laurier, Mackenzie King, and John Diefenbaker.

Maps of the 1980, 1984, 1988, and 1993 federal elections capture the fractured party system and the volatile electoral behaviour that has now become the “new norm” of Canadian politics.

A remarkable example of the historic value of something as prosaic as an “autographic book” is readily apparent from the signatures of important 19th and 20th century political figures.

What captures a political event better than an editorial cartoon in a daily newspaper?  A selection of cartoons is presented on the screen, many of them drawn by the award-winning University of Saskatchewan graduate, Brian Gable, the principal cartoonist with The Globe and Mail. 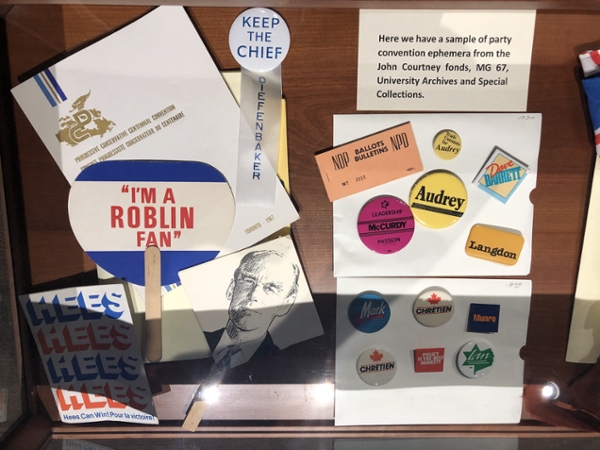 A library news article with more information about the exhibit was published in 2019. You can access this online article through the University Library web archive.
Share this story

Not Just Another Day Off: Orange Shirt Day and the Legacy of Indian Residential Schools