From February to April 2019 the Link Gallery in Murray Library hosted the Postcards exhibit, curated by Patrick Hayes. The exhibit showcased a sample of a large variety of postcards from the University Archives and Special Collections. About the history of the postcard, from the curator:

The postcard was created in the mid-19th century and over the subsequent decades become a worldwide phenomenon. Canada’s first card was introduced in 1871. Cheap, convenient and reliable, they were available everywhere. They documented the wonders of the world, commemorated events, portrayed exotic cultures, celebrated art, the theater, and tickled the funny bone. The most 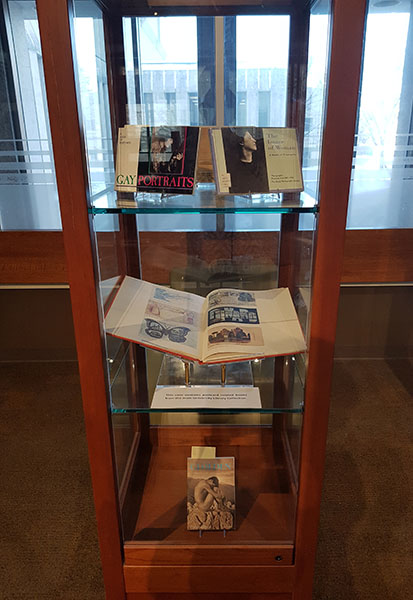 popular type of card was related to travel and kept friends and loved ones informed of adventures taken. As their popularity soared, so did the number of sub-genres. Postcards could be used to market products and services or used as an instrument of state propaganda. They could advertise exotic locals or titillate with erotica images. Postcards were the equivalent of today’s texting. Short messages in a small space.  They were cherished as souvenirs and keepsakes or items to be perused by the collector. Today, only the collecting of stamps and coins is more popular than the collecting of postcards. By the 20th century, the standard postcard had an image on one side and divided back to separate the message from the address. The dimensions were 5.8 x 4.1 inches and in 1875 the creation of the General Postal Union standardized rates across much of the globe. The postcard is a combination of a visual and

textual artifact. It can often tell you many things about the time it was created. They could take you to places that you would never be or that you fondly remembered.  They could picture the world in real or fantastic terms.