Study space on the ground floor of the Murray Library is available for students Mon-Fri, 10 am to 5 pm.

In honour of the Scotties Tournament of Hearts being held in Moose Jaw, SK from February 15-23, 2020, an exhibit tracing a brief history of the Scotties is on display in the University Archives and Special Collections reading room.

Prior to 1960, the Western provinces ran a curling championship under the sponsorship of the T. Eaton Co.

Shown below are pamphlets from those tournaments as well as photographs showing Joyce McKee's rink holding the Eaton trophy. 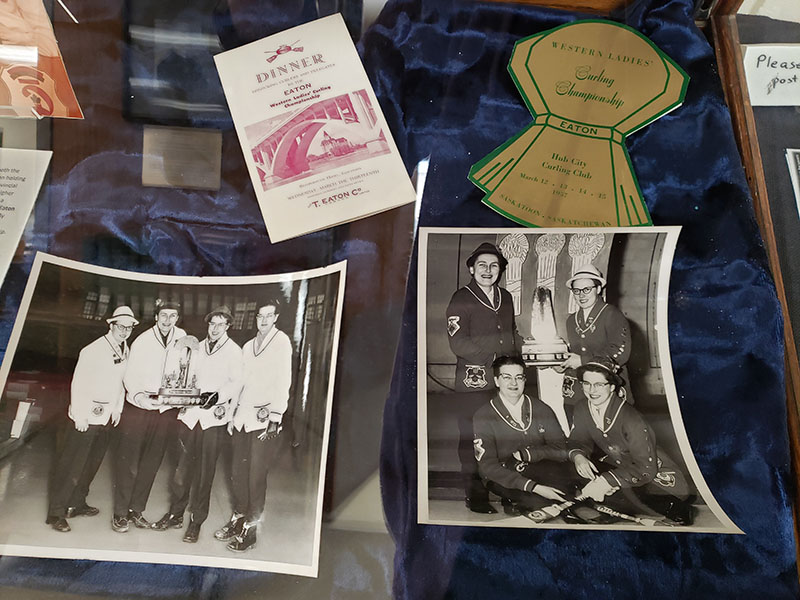 Shown here are photographs of Joyce McKee's rink playing during the Diamond D, as well as Sylvia Fedoruk and Joyce McKee standing with the Diamond D trophy which they won in 1961. Also shown is a curling rock shaped lighter given to Sylvia in honour of the 1961 win, and a plaque presented to her for that 1961 win after the name had been changed to the Scott Tournament of Hearts, reflecting how the events evolved. 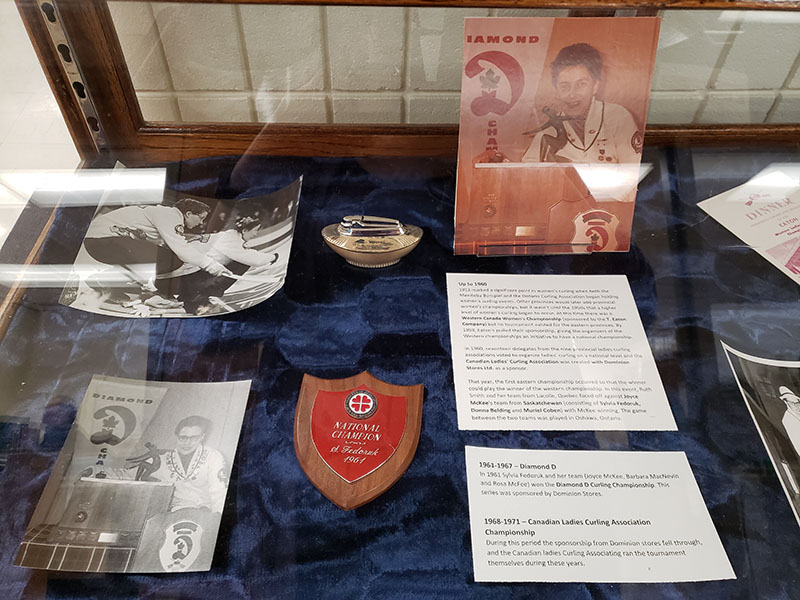 From 1968 to 1971 sponsorship fell through, and the CLCA ran the championship themselves untill 1971, when Sylvia Fedoruk was elected presented of the CLCA and was able to bring Macdonald Tobacco Co. on board as the national sponsor. From 1972 till 1978 the championship was now known as the Macdonald Lassie.

Shown here is correspondence noting the new partnership and clippings announcing it. 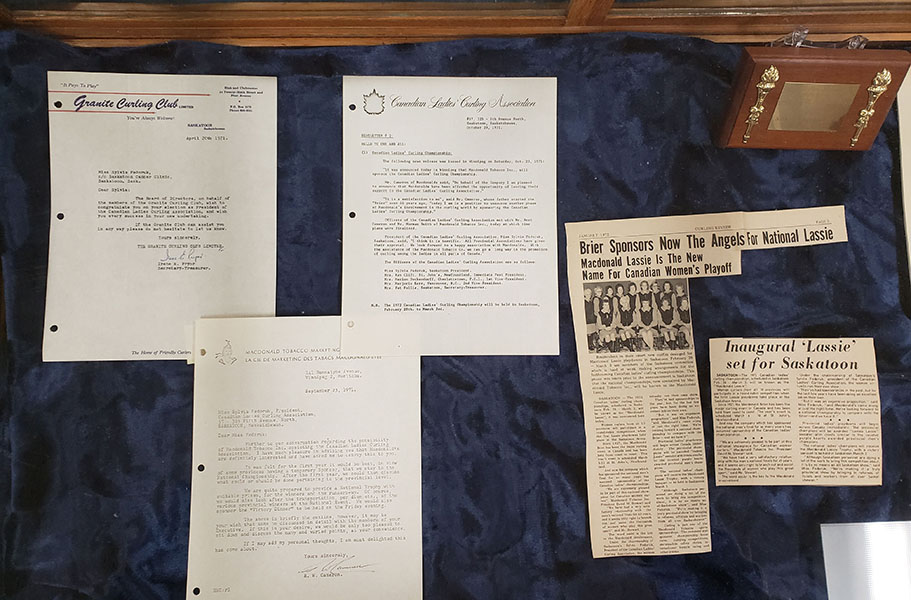 In 1979 due to anti-tobacco policies of the government, Macdonald Tobacco Co. pulled there sponsorship form the sporting event. The last CLCA championship ran under their sponsorship was held that year.

Shown here is the back of a curling program which says that Macdonald tobacco has been associated with curling for (at the time) 46 years, as well as a document from the Macdonald Tobacco Co. referencing the final Macdonald Lassie and saying goodbye. 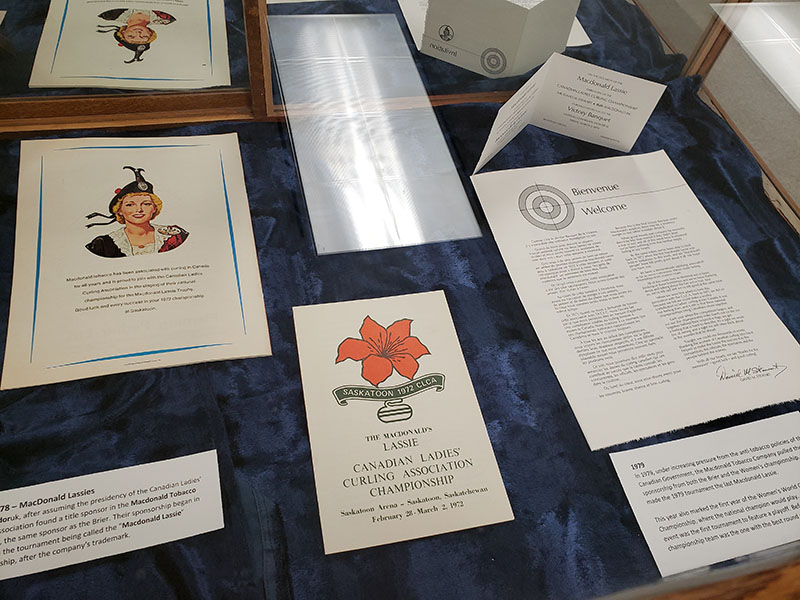 However in 1980, under no sponsorship and being run only by the CLCA themselves, it was still referred to as the "Lassie" (see pamphlet in photo below).

By 1982 they had found a new sponsorship with Scott Paper and the Scott Tournament of Hearts was born. 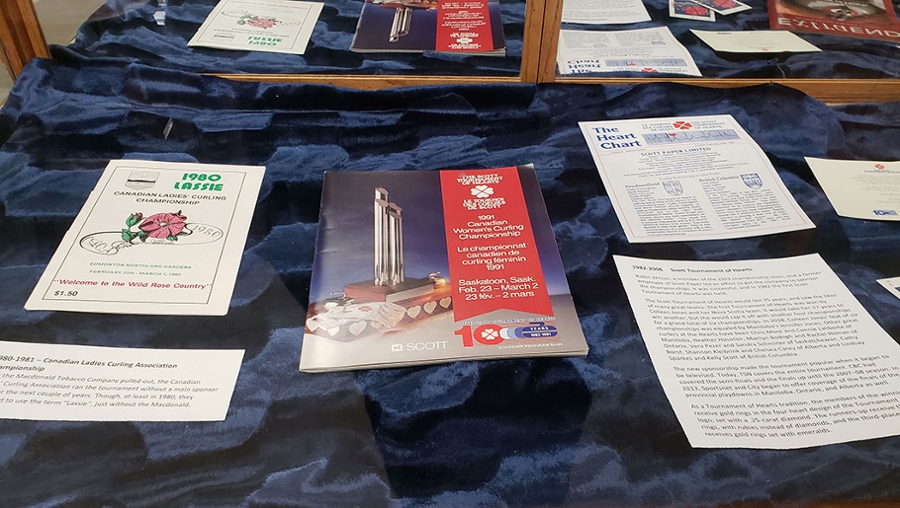 The championship would run under this name and new found popularity untill 2006 when company mergers and licensing agreements caused the name to change to the Scotties Tournament of heart, which it is still called to this day. 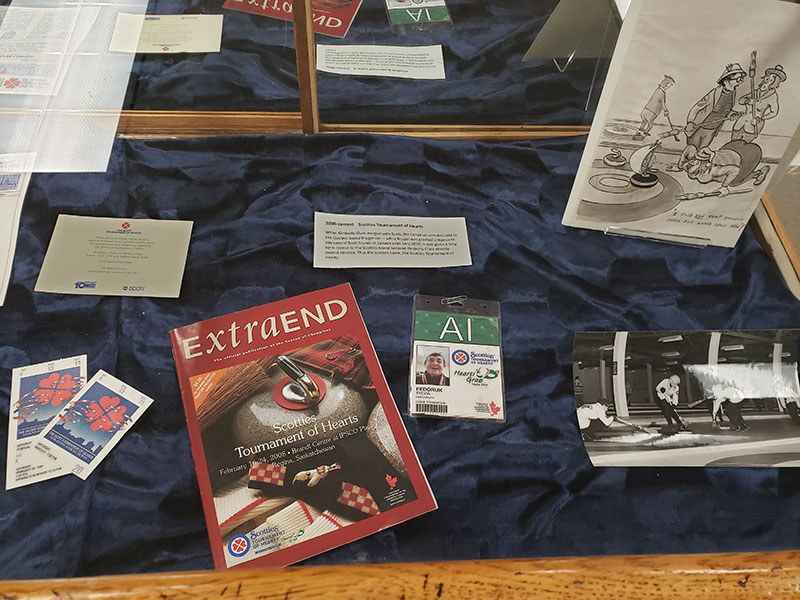 Serenade: an Exhibit of Music in the Archives